THE MOST IMPORTANT DRINK OF THE DAY (RIGHT?)

An old, weathered Russian man once told me “Beer is for breakfast”.

Apparently, ordering a brew past 11am in Russia is considered a mortal sin, as this elderly man had spoken to me as if I had broken the most sacred of un-said rules. As far as Russians are concerned beer is a soft drink, something to quench the thirst, it's also cheaper than Coca Cola!

In retrospect, this aggrieved man was actually spot on about one thing; breakfast and beer are one and the same. Guiness and cornflakes, Coffee Porters, Oatmeal Stouts - all owe more to the breakfast buffet than they do to the evening session. Who knows, perhaps he was a craft beer prophet, because he had pretty much predicted the latest trend in the brewing world.

With some of the biggest independent brewing companies releasing blends containing gourmet coffee, milk sugar, vanilla, and even marshmallow, the latest brews could rival even the most insta-worthy of kale smoothies. We definitely know which one we would rather wake up to.

Call your friends, tell them you’re making breakfast, then whip out some of these bad boys over pancakes or porridge for maximum effect.

Here are a few of the best brews to turn you into a morning person:

The one that started it all. Created by Mikkel Borg Bjergsø and friend Kristian Keller, this brew was born in 2005 in Mikkel’s kitchen. An avid beer scientist, Mikkel's experiments of intensely hopped combinations created Beer Geek Breakfast.
A unique mix of 25% oats and a shot of gourmet coffee, this dark and creamy oatmeal stout brings forth notes of coffee, smoke, and chocolate.

A sweet treat for the dark nights approaching, this s’mores like dark ale has the classic roasty qualities of a traditional porter but with a smooth, vanilla edge.
The classic combo of stout and cereal would work great with this morish marshmallow infused porter. Try pairing it with a bowl of Lucky Charms for maximum marshmallow goodness.
Catch it while you can on our tap wall!

For those of you out there that favour life on the sweeter side, this brew is more like having dessert for breakfast (which we’ve never had any problems with doing in the past). Brewed using oats, wheat and rye this sweet little guy has a silky body and is packed with Citra and Mosaic hops. Containing creamy lactose and touch of vanilla, this is a light beer that literally tastes like ice-cream.

This one would’ve been perfect during Wimbledon. Created with strawberries and cream in mind, this brew is full of aroma and flavour with a low bitterness and a silky texture due to the lactose added. Strawberries, vanilla and lactose make this a definite summer go-to.

If you’re more of a 5 minute morning type and are more familiar with the settings on a toaster, never fear, we have something for you too. Plus with this one you won’t be checking for crumbs...
Brewed with real bread - Toast is a non-profit brewery campaigning against food waste.  Collecting unsold loaves from bakeries and unsold crusts from sandwich makers they turn bread into beer. With a smooth, toast-like malty taste, this session IPA is accented by juicy hops and a slight citrus taste giving way to a slight floral blossom with a well rounded bitterness.

If you had to skip your morning coffee, this one is bound to wake you up. All the components of a great morning, coffee, milk, and oats (hey, they’re good for your heart, right?), are all combined with malty goodness to create this smooth white breakfast stout. 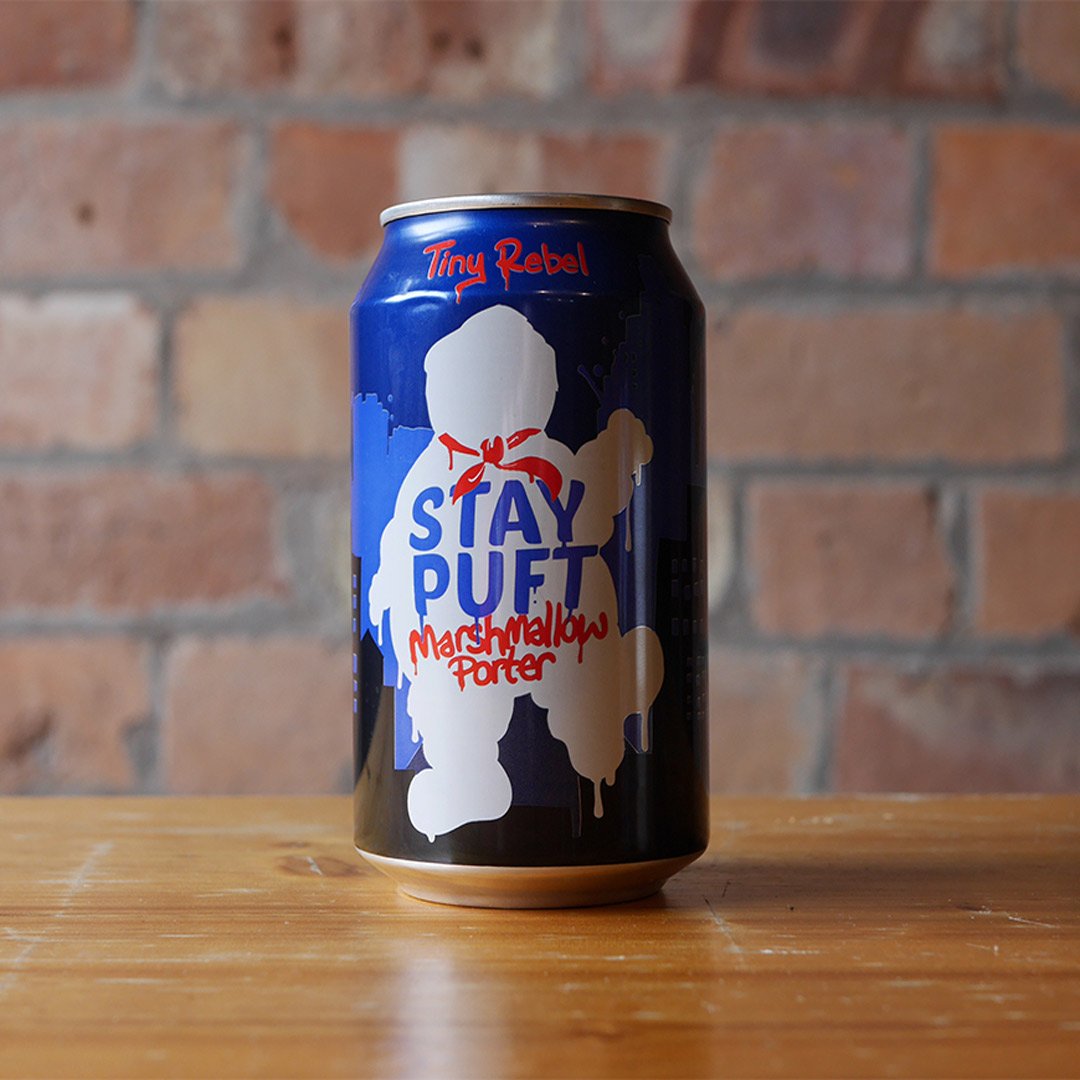 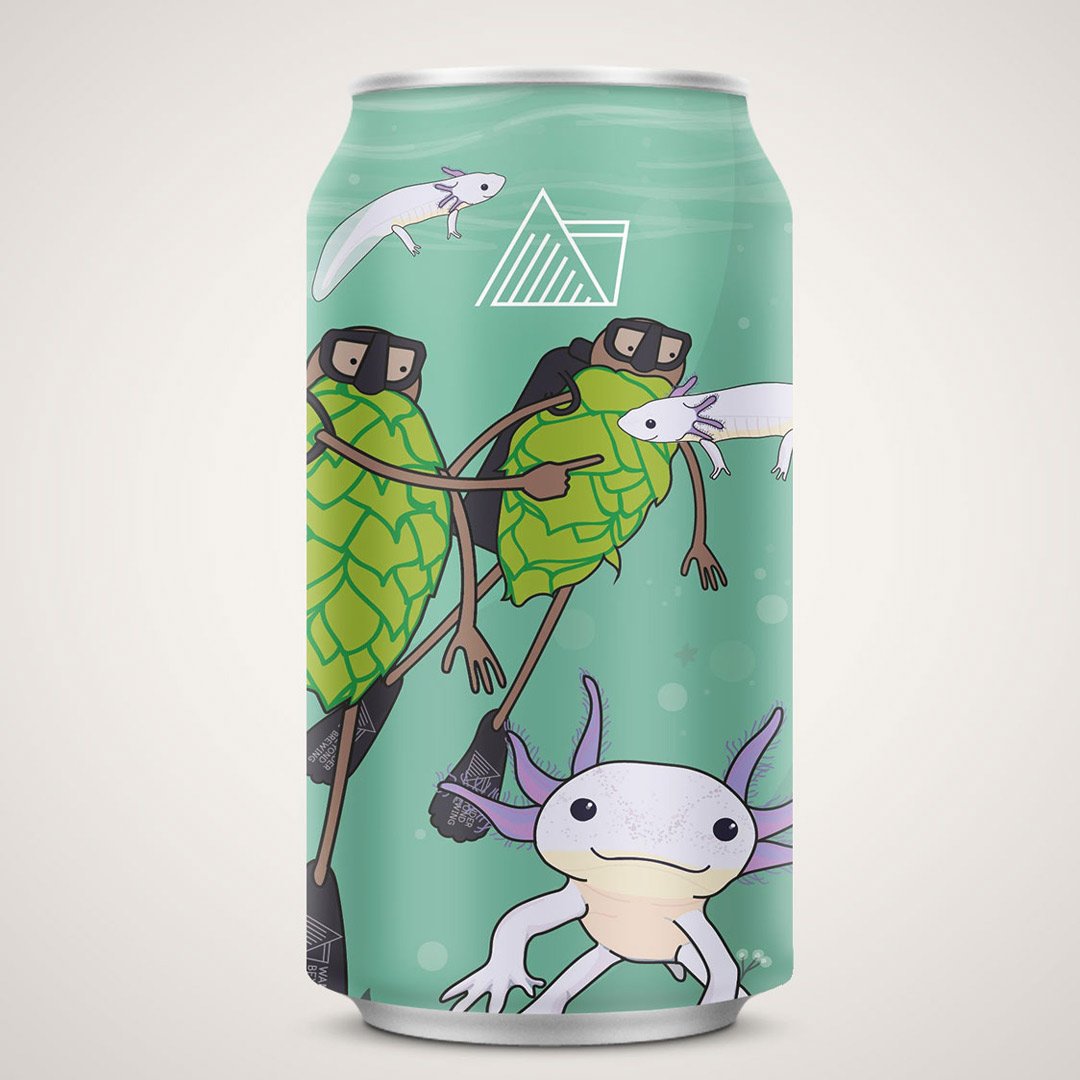 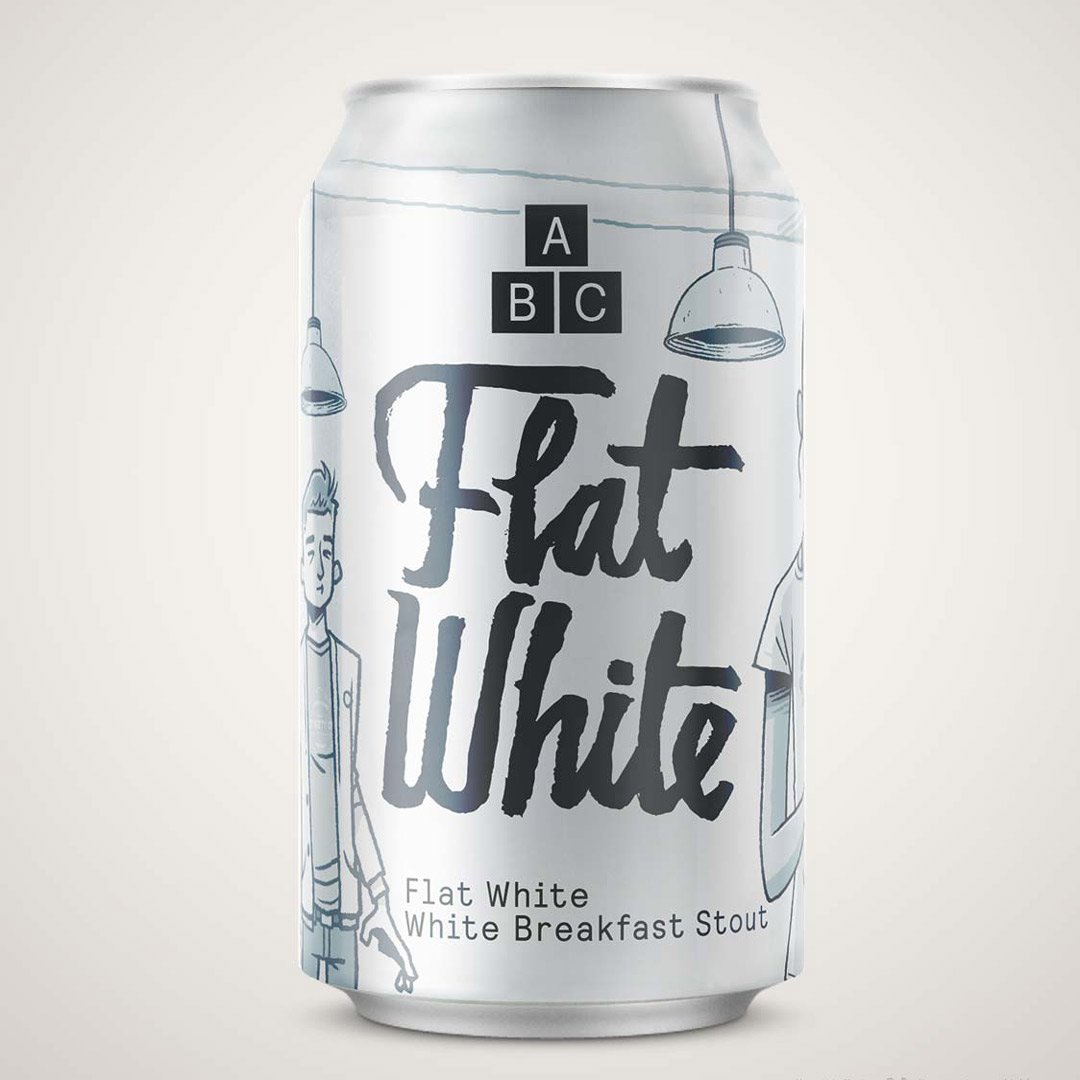 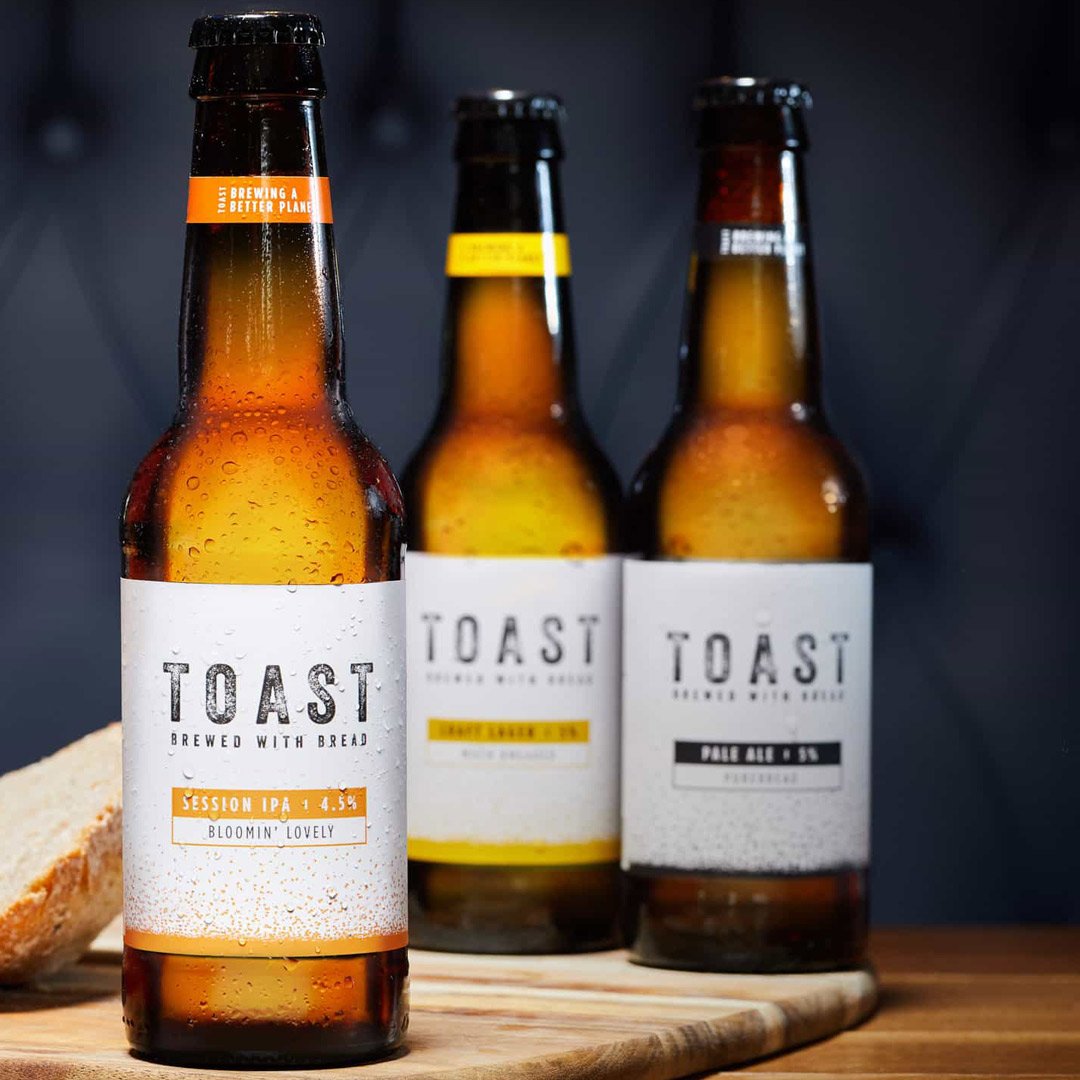 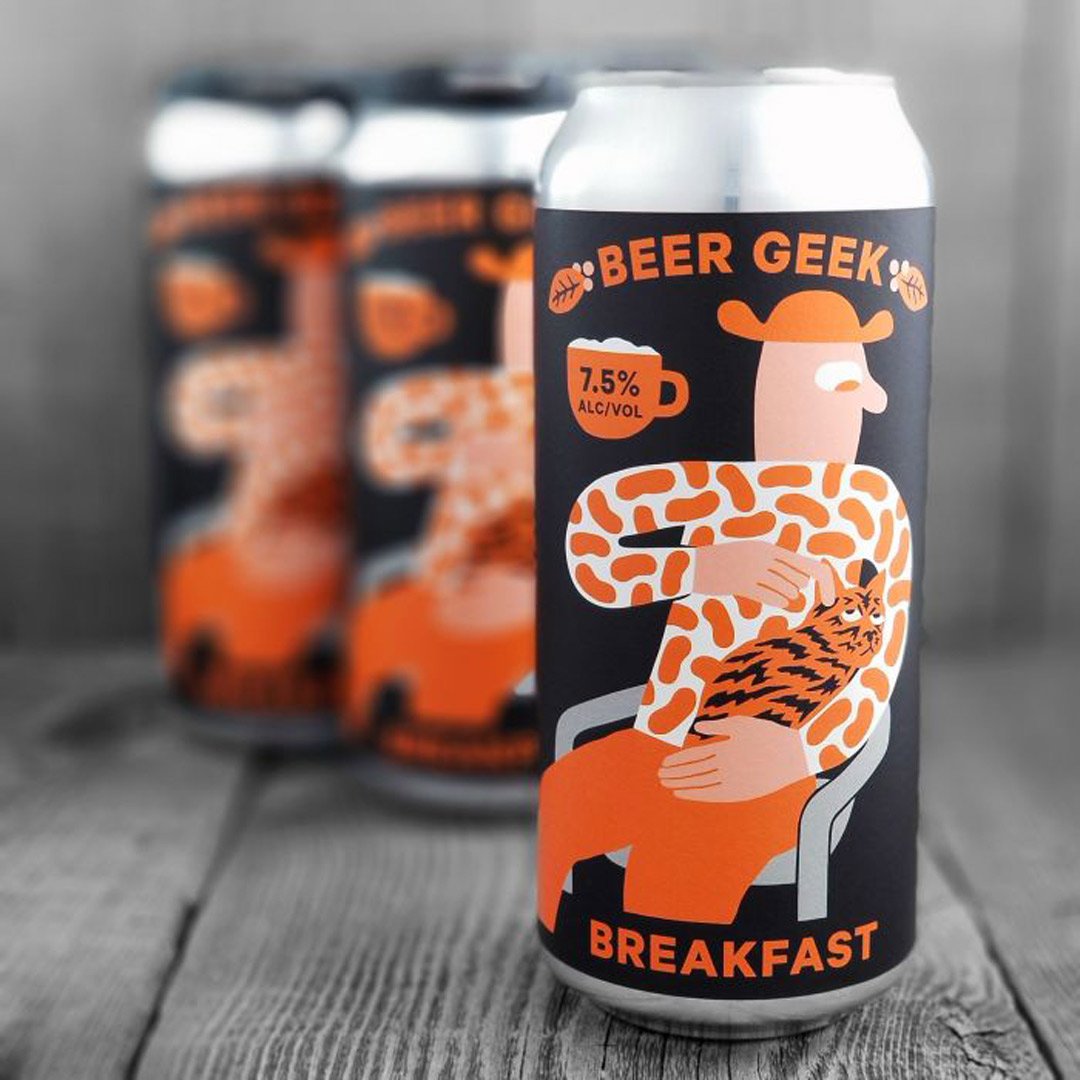 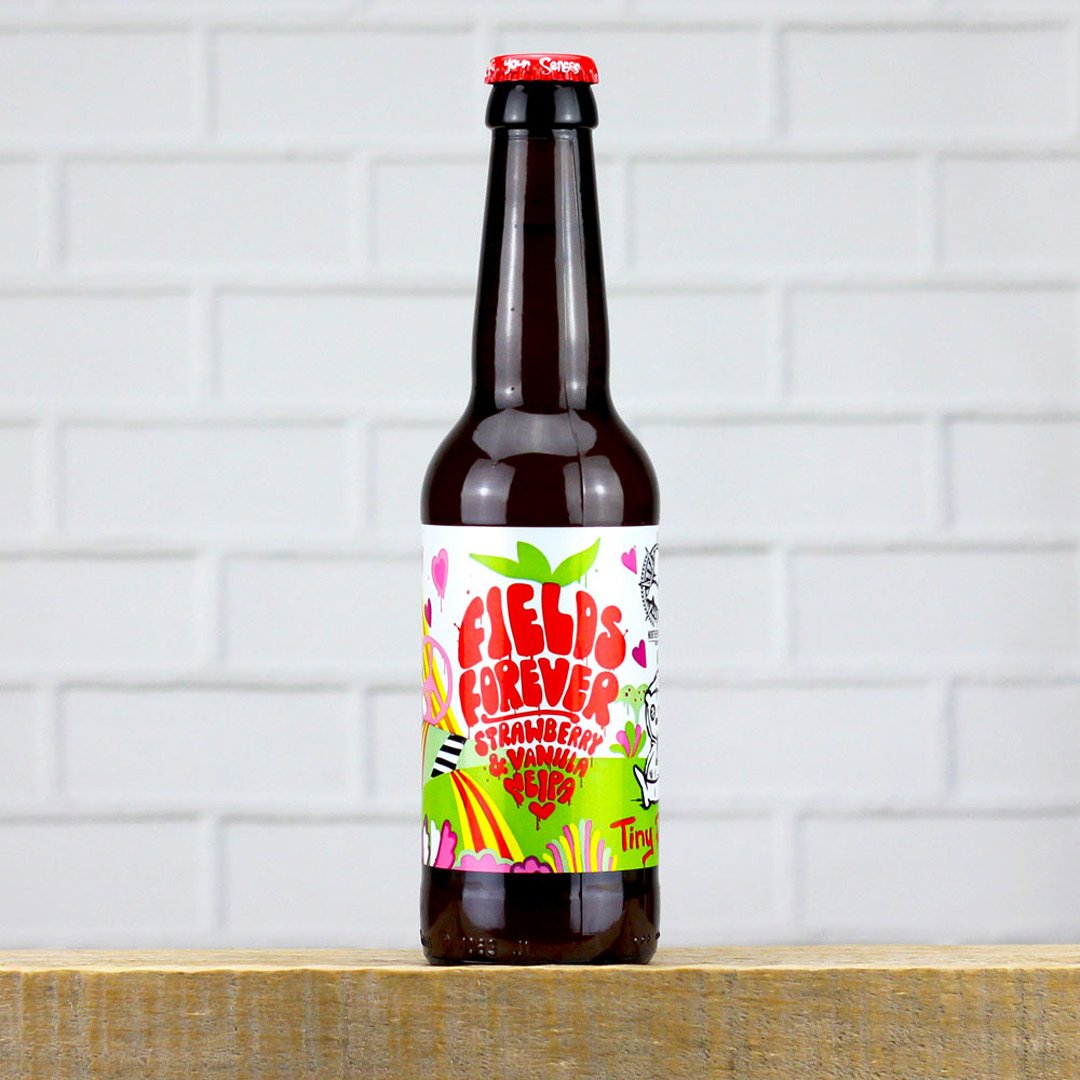